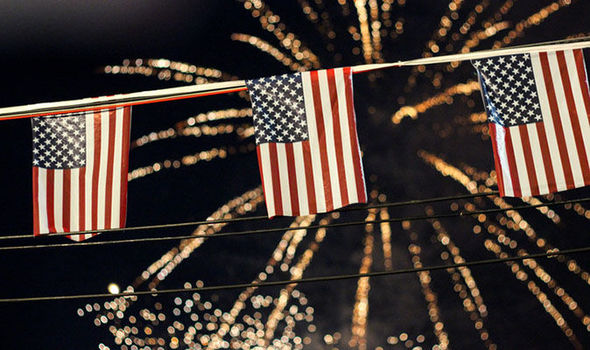 Last week, the U.S. celebrated Independence Day. While it’s easy to get caught up in the festivities – who doesn’t love good barbeques, good company, parades, fireworks, and all the pomp and circumstance that goes along with it? – it’s easy to forget what this day is actually about. As most of us know, the holiday commemorates the approval of the Declaration of Independence of the United States by congress 243 years ago. On that day, the Continental Congress declared that the thirteen American colonies were no longer subordinate to the monarch of Britain and were now united, free and independent.

So why the mini history lesson? As with many American privileges, we often take for granted the rights and freedoms we have – even if there’s still room for improvement. And not surprisingly, circumstances around the globe are far more contested – especially for women and girls. So, as we move beyond lifting our sparklers and our glasses, let’s take a minute to reflect on some of the rights we enjoy here in the states that our female counterparts across the globe are still fighting for.

Simply speaking one’s mind is not a freedom women in many parts of the world experience. Just last year, dozens of Iranian women were arrested in connection with protests against the requirement that women wear veils in public. In Egypt, a woman was detained for three months and subsequently given a one-year sentence for complaining in an online video about sexual harassment.

In Saudi Arabia, women can’t marry, obtain a passport, travel abroad or even leave prison without the permission of a designated male guardian. While this is usually a father or husband, in some cases it can be a brother, uncle or even a son. Women who defy their guardians can face complicated legal situations and, in some cases, be jailed.

Permission to Leave the House

According to Yemeni law, a woman’s testimony is worth only half that of a man’s and must be corroborated by a man. As such, women who are often the victims of the reported crimes are often dismissed or even prosecuted instead of the male perpetrator. As a result, despite the staggering number of domestic violence and sexual abuse cases in Yemen, many women never even come forward.

While the lack of women’s rights around the globe vary in extremity – from not recognizing rape, to not being permitted to wear pants or play sports in public – it’s clear that there’s a lot of work to be done when it comes to gender equality. But, as we learned from our founding fathers and our suffragettes, we are far more powerful when we stand together. At the Circle of Sisterhood, it’s our mission to unite as one community to give girls and women an equal chance for rewarding lives and livelihoods through education, and we hope you’ll stand with us.

Before you complain about finals, keep in mind that many don't currently have the opportunity to be educated. @CofS_Foundation #perspective