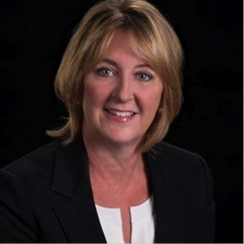 Michelle Shimberg graduated from The University of Florida with a degree in Business Administration and a specialization in computer science. After graduation, she worked for Tri Delta as a Field Consultant before starting her career in the banking industry. She has been involved in Tri Delta since her graduation. She served as Fraternity President (2004-2008), Collegiate Vice President (2000-2004) and chairman of the Leadership Development Committee (2008-2012).

Michelle currently serves as the alumna adviser for the USF chapter. She has been a Circle of Sisterhood volunteer, speaking at campuses in the central Florida area. In her community, Michelle is involved in a number of education-related organizations that serve disadvantaged, at-risk and homeless individuals. She serves as a board member for Starting Right, Now, Men of Vision, Inc. and is a mentor for several at-risk teenagers. She has been involved as a community leader in the Hillsborough County Public Schools, serving on the Citizen Advisory Committee for more than 20 years, and currently serves as Chairman of The East Tampa Academy, a public charter school. Michelle and her husband Robert have three grown children, Taylor, Connor and Jilan. She enjoys exercise, reading, travel and paddle-boarding. 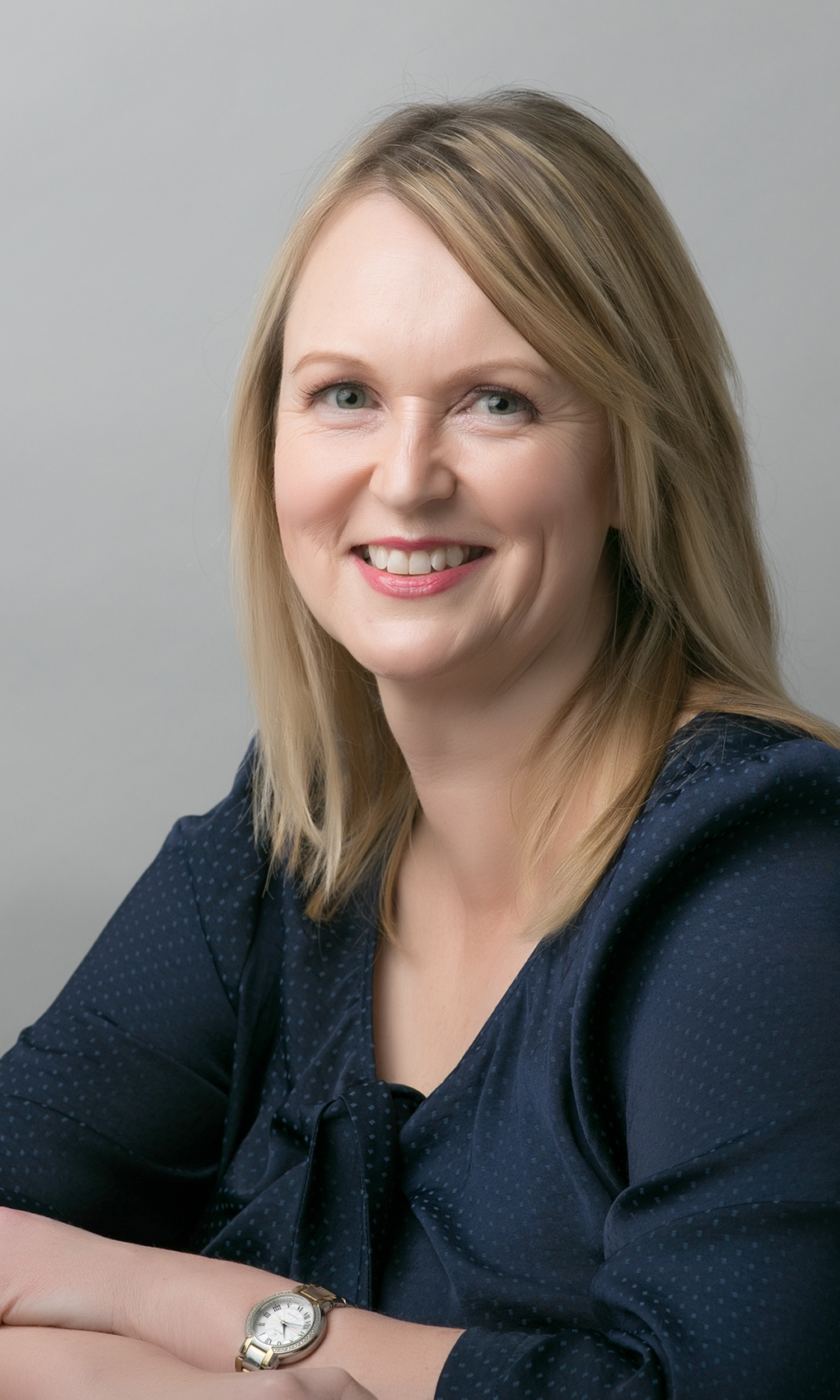 Christi Flynn has devoted much of her adult life harnessing her boundless energy, creativity, and positive outlook on life to making a difference in the lives of others. After successfully pursuing a career in marketing and event management for high tech clients like Microsoft, Christi retired and turned her focus to the most important things in her life: being the world’s best wife and mother, and volunteering. Christi sought out volunteer roles within the Greek community, wanting to give back and help other women experience the deep friendships she found as a Tri Delta at the University of Washington.

Over the past 15 years, she has held key roles on both the local and national level. Having served as local chapter Housing Corporation Board President from 2000-05, overseeing major house renovations and running a successful capital improvement campaign that raised in excess of $450,000, she was tapped to serve as Tri Delta’s National Housing Corporation Board President. Christi was recruited to this role because of her business acumen, understanding of the needs of today’s collegiate women, and her capacity to tackle any issue with enthusiasm. 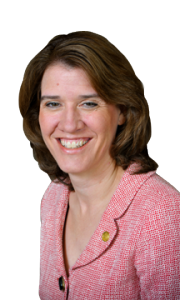 Her varied work with Chi Omega Fraternity as a traveling national consultant to college campuses, full-time chapter services staff member, and national volunteer spans over 25 years. Prior to becoming General Counsel for Chi Omega, Beth served for 10 years as the Associate Director & Panhellenic Advisor for Student Life at her alma mater.

Dedicated to providing students with a safe and rewarding college experience, Beth has volunteered her time and skills presenting legal and risk management workshops on college campuses across the United States throughout her career. 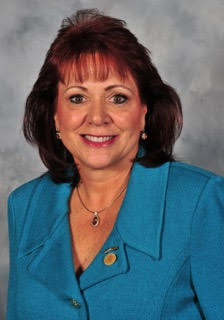 Jane Sutton, a native of North Carolina, received her B.S. degree from Western Carolina University and a M.P.H. degree from the University of Tennessee. Jane has extensive professional management experience through her work with hospitals, universities, HMOs, and life insurance companies.  Jane served as an instructor in the Department of Family Medicine at the University of Alabama.  She also served as Director of Professional Relations at Humana Hospital Audubon in Louisville, KY. and as Director of Health Services for Healthwin/HMO-Florida. With Metropolitan Life Insurance Company, Jane served as the Southeast Regional Manager for Professional Relations,

Jane believes that as educated women, we have a responsibility to support and mentor other women and has been committed to that cause through her volunteer work in the Greek world.  Jane was initiated into Alpha Xi Delta Fraternity’s Epsilon Gamma Chapter at Western Carolina University. She has remained active within Alpha Xi Delta since graduation, first as a chapter advisor while in graduate school, progressing to regional and national service. She has served Alpha Xi Delta as National President, National Panhellenic Conference Delegate; National Extension Vice President; as well as holding numerous regional and local offices. She served on Alpha Xi Delta’s NPC delegation beginning in 1993, except for the years 2001-2005 when she served as National President. Her service to NPC includes work on various committees and in leadership positions as an Area Advisor Coordinator, liaison to SEPC, NPC Treasurer, NPC Vice Chairman and the 2011-2013 NPC Chairman.

Jane lives in Mount Dora, Florida with her husband Bob. They have one daughter, Mary Leah, a graduate of the University of Miami currently living in West Hollywood, CA and is a writer in the TV industry. 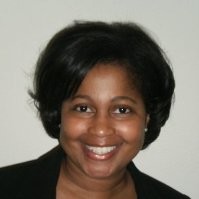 Angela King Taylor is a long time Circle of Sisterhood volunteer who hails from East Chicago, Indiana.  She currently serves as the Director for Student Activities & Greek Affairs at Loyola University Chicago.  She received a B.S. in Business Management from Hampton University, which she affectionately refers to as her “Home by the Sea.”  Angela obtained her M.S.Ed. in Higher Education with a concentration in Student Affairs from Old Dominion University.  She is currently a doctoral student at Vanderbilt University studying Leadership, Policy, and Organizations.

Angela was initiated into the Gamma Theta chapter of Alpha Kappa Alpha Sorority, Inc., where her love and commitment for sorority life began. She has been advising and supporting fraternal communities for over a decade.  She served as Membership Workgroup Chair and Region II Director for the Association of Fraternity/Sorority Advisors.  Additionally, she has served as a graduate advisor for Alpha Kappa Alpha Sorority, Inc.  And Angela has served the Circle of Sisterhood as a Campus Relationship Manager and on the Grants Review Team.

Angela lives in Des Plaines, Illinois with her husband, and daughters Aeriana and Asa. 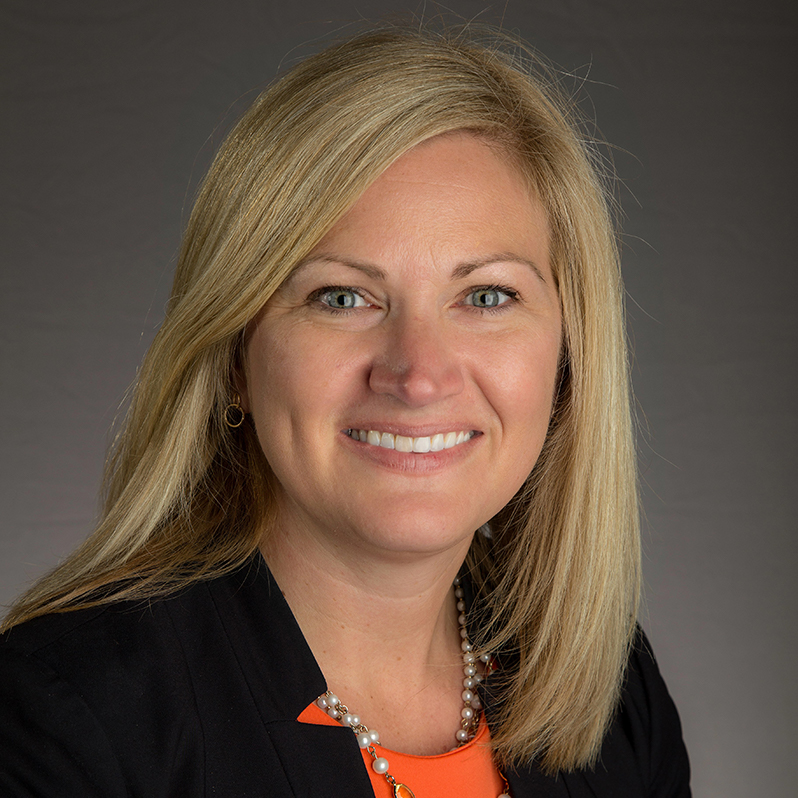 Nicki Meneley is Chief Executive Officer for the Fraternity Executives Association. She has spent the entirety of her career in non-profit management and has been recognized as a collaborative team player with a dedication to detail and organizational effectiveness. Nicki enjoys building organizations and teams to further organizational missions.

Nicki spent her undergraduate years at Purdue University, where she earned a bachelor of liberal arts, majoring in industrial-organizational psychology and minoring in supervision and sociology. After traveling as a consultant for Alpha Chi Omega for two years, she returned to school at Indiana University – Purdue University Indianapolis for a certificate in event management while she continued working for Alpha Chi Omega headquarters. Nicki also received a master’s of public affairs with a concentration in nonprofit management from IUPUI while working for the Purdue Alumni Association. She became the first Executive Director for the National Panhellenic Conference, a role she served in for five years before joining the Fraternity Executives Association as its first Chief Executive Officer.

Nicki lives in Indianapolis with her husband, MJ and twin sons PJ and Reas. 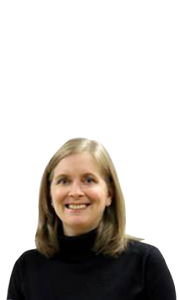 Tina Rajmaira is currently serving as the Vice President and Dean of Student Development at Marymount University in Arlington, VA. Throughout her career, Tina has worked in a variety of roles in Student Affairs, including leadership development, program planning and assessment in addition to advising hundreds of student organizations and fraternity/sorority chapters. She’s been a member of the Association of Fraternity Advisors since 1995 and has been highly involved in the International Leadership Association, NASPA, LeaderShape, YWCA and various chapters of the Humane Society.

She holds a Masters Degree in Educational Leadership from the University of San Diego and a Bachelor’s Degree in Biology from the University of California, Irvine, and has taught college level courses on organizational leadership for various institutions including the Haas School of Business. Tina is a proud member of Delta Gamma Fraternity and has served in several volunteer roles, most recently as the Director of Expansion. She is married to her best friend, Neal and together they have a son, Hanson. 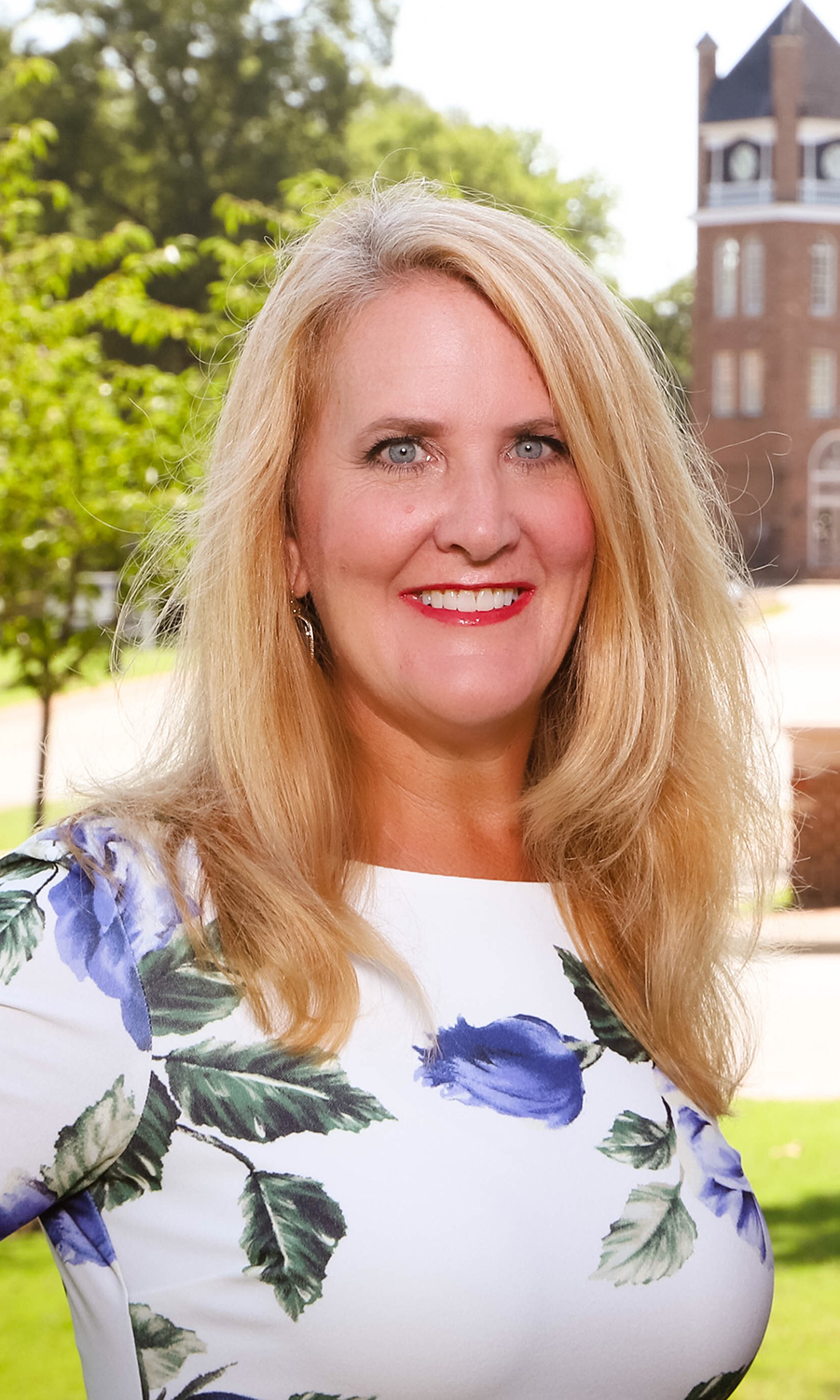 Elizabeth (Beth) Bell Searcy, a first-generation college graduate, identified a passion for removing barriers to education for women and girls first during a trip to Kenya in 1997, then by answering Founder Ginny Carroll’s call to respond to challenges revealed in Half The Sky.  By leveraging the privilege of being part of 7% of college-educated people in the world, Beth believes partnering with others to improve communities, systems, and outcomes through education is the long-term solution to many critical issues globally.

Beth has been involved with the Circle of Sisterhood since fall 2010 and served as the Chair of the Grants Committee and on the first Nominating Committee.  Other community outreach includes promoting personal development and inclusion through the arts, communities in schools, and civic engagement.  As a sorority alumna, she hopes her role as part of the world’s largest network of college-educated women leaders can be a platform for living out her three life tenets: have faith, be kind, and do good.  She served on the International Council of Delta Gamma for 8 years, including being International President for 4 years, and National Panhellenic Council delegation.  An avid traveler, she has visited 47 of the 50 states and 6 of 7 continents and has a bucket list that embraces new people, places, and ideas.

Currently at Barton College, Beth has worked in student development, teaching, and enrollment management roles at 6 different colleges.  She completed a B.A. in Rhetoric and Communication Studies from the University of Virginia, an M.Ed. in Student Personnel Services from the University of South Carolina, and doctoral coursework in Educational Leadership at the University of Nebraska.  She lives in Wilson, North Carolina, with her husband, Doug, and Italian Greyhound, Bella, in their sometimes-empty nest as son Carter and daughter Caroline are following their own educational dreams.

We support @CofS_Foundation because every girl deserves the confidence and education to do great things!